You are here: Home / Recipes / Desserts / Cupcakes / Gluten-Free Root Beer Cupcakes
This post may contain Amazon affiliate links. As an Amazon Associate I earn from qualifying purchases.
Thanks for sharing!

Tender Gluten-Free Root Beer Cupcakes that are not only tasty, but are fun to boot! Serve them at your next party for the ultimate dessert! If you don’t like root beer, you can always use Dr. Pepper or your favorite vanilla soda.

If you like these Gluten-Free Vanilla Cupcakes, you might also like my Gluten-Free Chocolate Cupcakes. They are simple to make and bursting with chocolate flavor. I’ve also recently updated the photos for my Gluten-Free Lemon Cupcakes. If you’re a lemon fan, you’re going to love them.

For more cupcakes and desserts please visit my Gluten-Free Desserts. 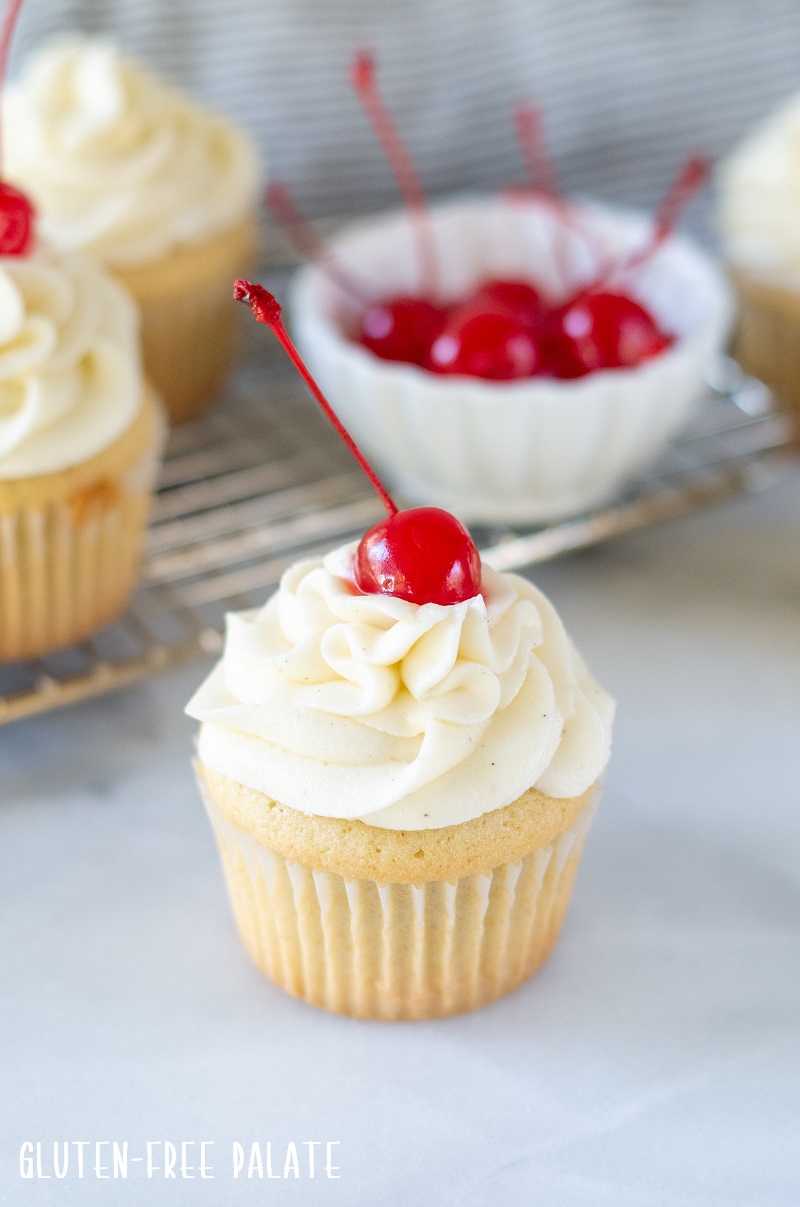 My youngest daughter inspired this recipe. We were visiting the Bahamas when she saw people try a piece of rum cake. They were hmmming and yumming so much she asked if we could make gluten-free rum cake when we got home.

I told her rum cake wasn’t really for kids. She followed up and asked, “could you make gluten-free root beer cupcakes instead?” I thought, why not? They make gluten free champagne cupcakes and Gluten Free Pina Colada Cupcakes.

Yes, most soda companies don’t add gluten containing ingredients to their Root Beer recipes. Always double check to make sure no gluten ingredients were added. They also make a root beer extract for those that just want the flavoring.

Yes, Dr. Pepper is gluten free. Always double check the ingredients as recipes may change. You can make gluten-free Dr. Pepper cupcake if you like Dr. Pepper more than Root Beer. 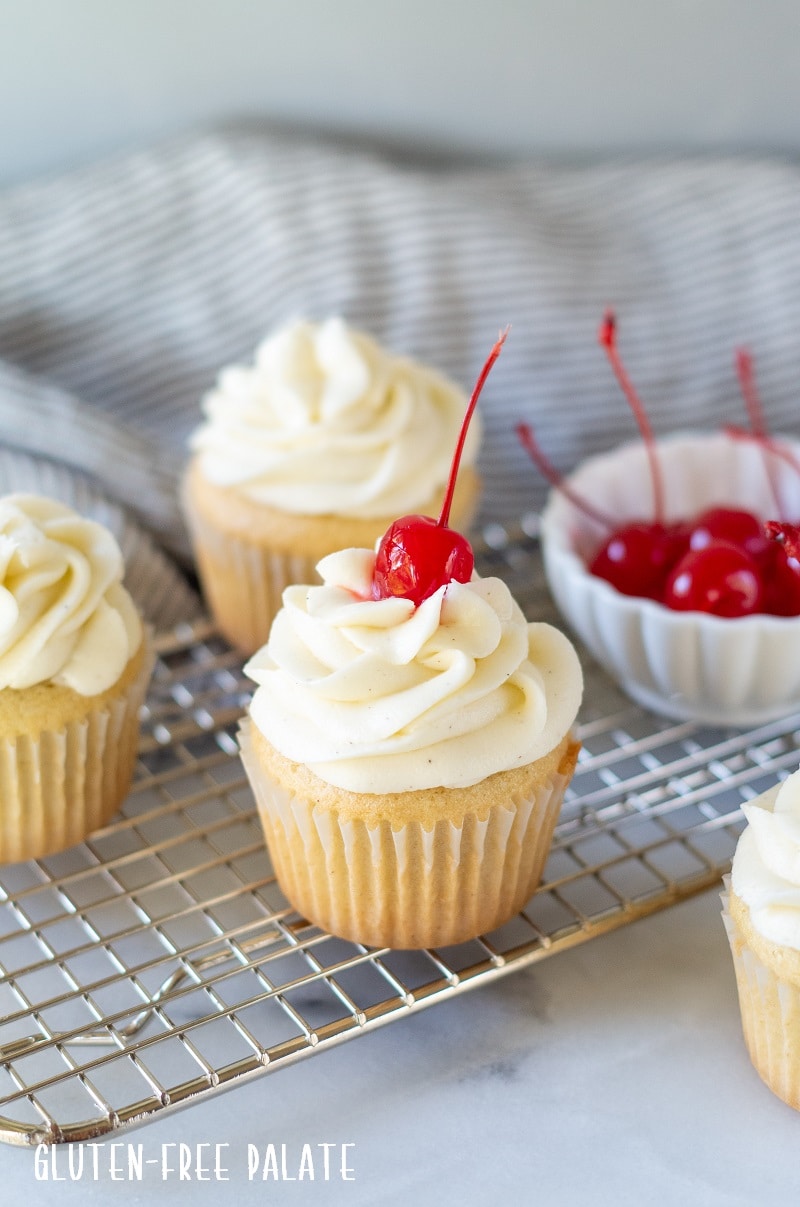 These gluten-free root beer float cupcakes are a fun twist to a traditional vanilla cupcake. They are super simple to make and only use nine ingredients from cupcake to frosting. They are a huge hit at both kids and adult birthday parties.

If you’re not a fan of root beer, try switching the root beer up with Dr. Pepper, or Cherry soda for an exciting twist.

When working with or measuring flours, spoon the flour into the measuring cup and level. Do not scoop your measuring cup into the gluten-free flour. The best method really is to weigh the flour but I don’t have the ingredient weights for all my recipes yet. 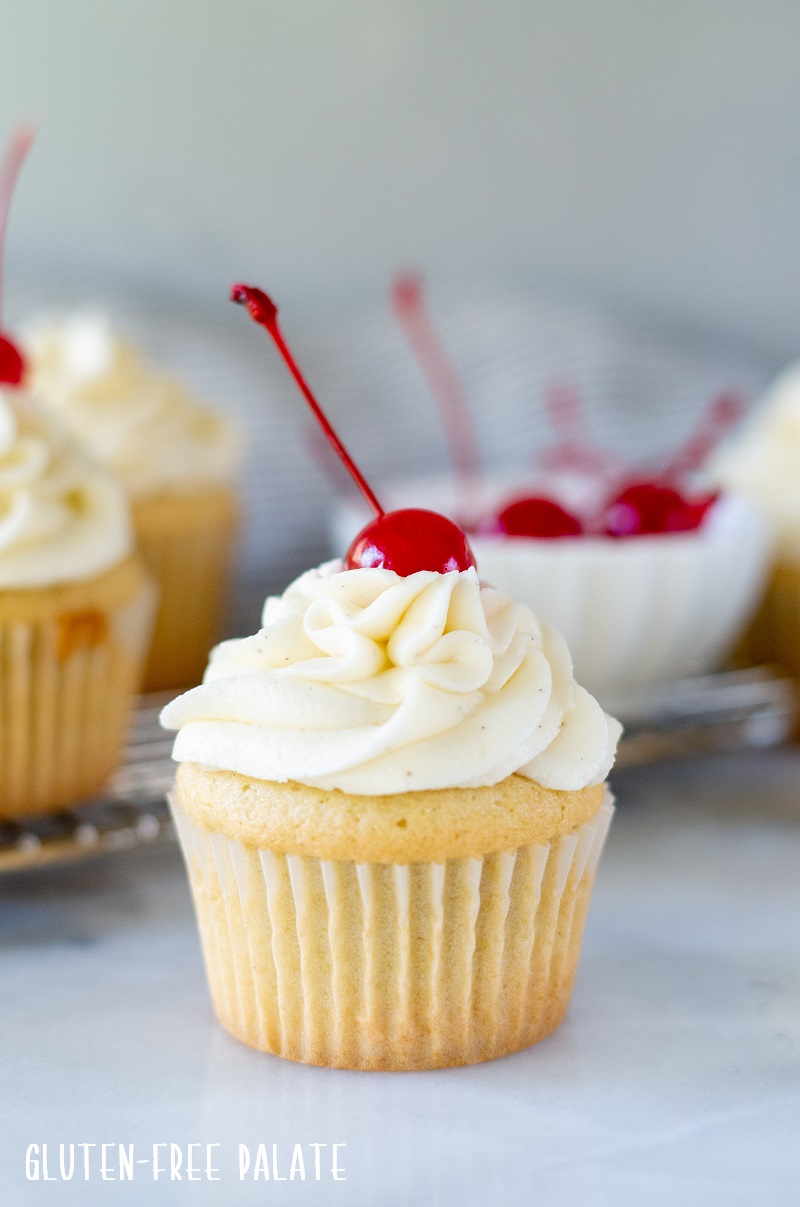 How to make gluten-free cupcakes

There are a couple of tips and tricks to getting the right texture with gluten-free root beer cupcakes. First, you have to follow the recipe. So many people comment on recipe posts saying that they made a ton of substitutions and the recipe didn’t turn out.

Other than the dairy substitute, I haven’t tried other substitutes in this recipe. If you use substitutions, you are doing so at your own risk. Second, you want to mix at the right time and not over-mix. Mixing the batter adds air which in turn helps the cupcakes rise.

Once you add your flour mixture, you’ll only want to beat until combined. Beating any longer will cause the batter to stiffen. 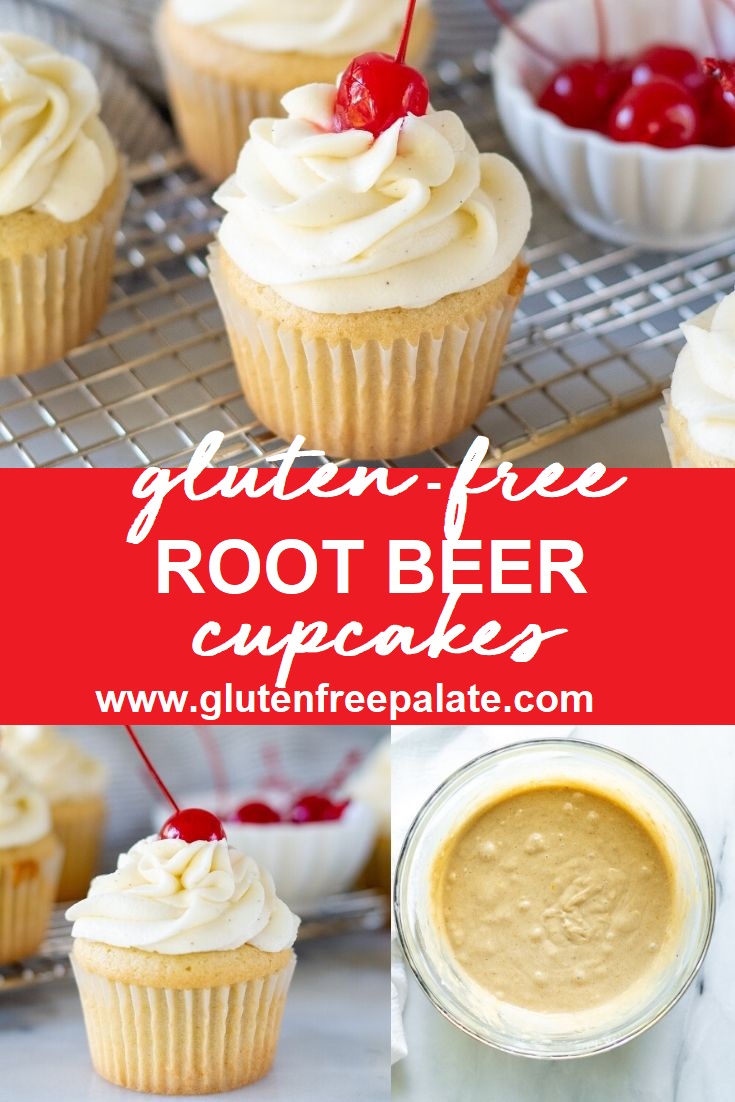 Why did my cupcakes sink?

There are several reason why cupcakes sink, one is from over beating the batter and adding too much air. Also, cupcakes often will sink when there is too much moisture.

This is more common in humid climates where added moisture can collect naturally in ingredients such as flour. When this occurs, cupcakes may rise rapidly and then fall during baking. In higher elevations, the leavening agent works twice as hard and may cause the batter to rise rapidly and sink before it’s had a chance to set up.

Did you make these gluten free root beer cupcakes? Or did you make Dr. Pepper cupcakes? We want to know! Comment below letting us know how you made them and what you thought. 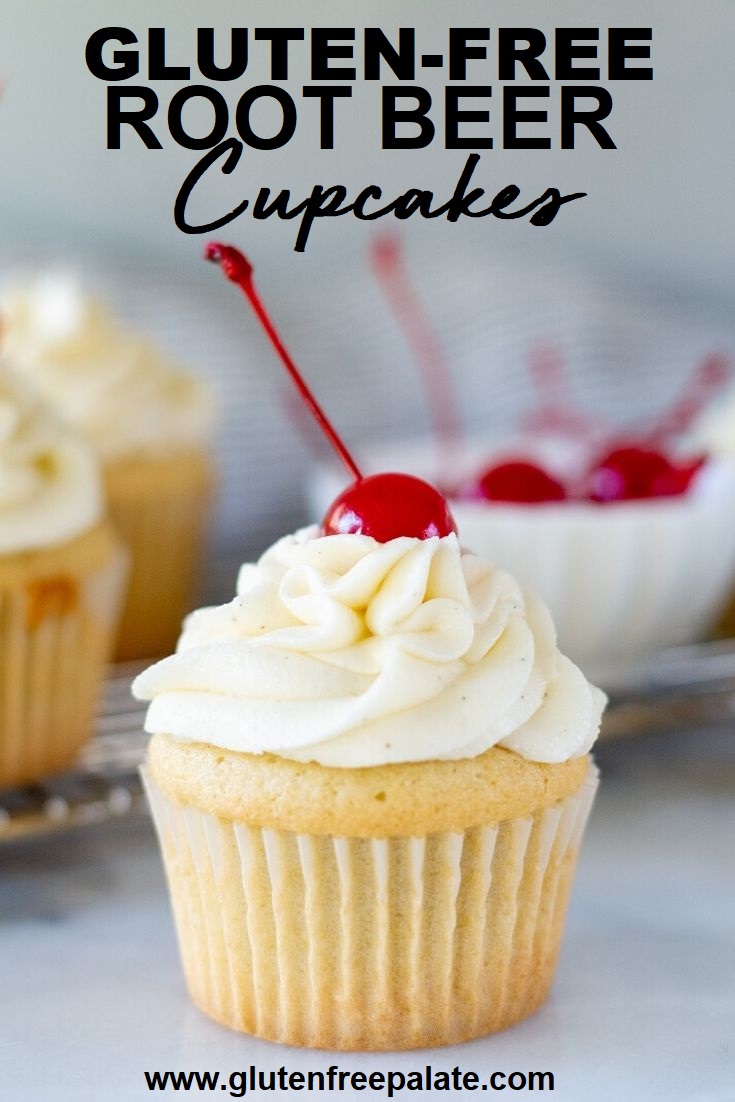 Hi there! I’m Chrystal. I create simple, easy-to-follow recipes that are always gluten-free, often dairy-free, and sometimes Paleo. We’ve got over 300 recipes, resources, and travel articles showing you how you can enjoy gluten-free foods while living your best gluten-free life. Read more >> 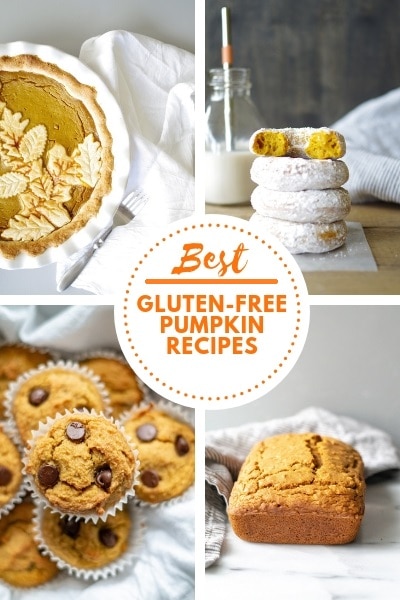